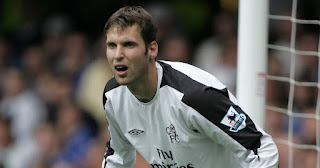 Cech said: "It has been a huge privilege to perform this role at Chelsea for the past three years. With the club under new ownership, I feel now is the right time for me to step aside."

Cech is the latest to leave the club following the Todd Boehly-Clearlake takeover after the departures of chairman Bruce Buck and director Marina Granovskaia.

Cech said: "It has been a huge privilege to perform this role at Chelsea for the past three years. With the club under new ownership, I feel now is the right time for me to step aside. I am pleased that the club is now in an excellent position with the new owners, and I am confident of its future success both on and off the pitch."

Todd Boehly, chairman and co-controlling owner, said: "Petr is an important member of the Chelsea family. We understand his decision to step away and thank him for his contributions as an advisor and his commitment to the club and to our community. We wish him the best."

Cech was appointed three years ago to provide advice and guidance on all football and performance matters at Chelsea having played 333 times for the club.

As an acting sporting director, it is understood Boehly has been hands-on in the role already, playing a key part in the decision to let Romelu Lukaku rejoin Inter Milan on loan.

Chelsea decided to let the Belgium international depart the club following talks between Boehly and head coach Thomas Tuchel, and Boehly and the player.

Boehly and Tuchel wanted to sort out Lukaku's future quickly so they could focus on strengthening the squad this summer.

Chelsea is expected to engage Michael Edwards over their sporting director vacancy with owner Todd Boehly previously referencing Liverpool as a "great model" for success.

The man who helped reshape the recruitment of the Merseysiders and constructed Jürgen Klopp's world-class squad with smart, analytical-powered transfers, departed Anfield this summer after 11 years.

A source close to Edwards has told Sky Sports News that since the 42-year-old's decision to leave was made public last November, he has been approached by Europe's powerhouse teams - Real Madrid and Paris Saint-Germain specifically - as well as hedge funds and billionaires wanting to buy clubs and have him run them.

With Marina Granovskaia's departure at Chelsea, Edwards is of interest to become their transfer chief, especially as Boehly is an admirer of his overhaul at Liverpool, which stretched to making the Anfield club leaders in analytics and orchestrating the move to a £50m training center.

Chelsea kick-off their 2022/23 season with a trip to Frank Lampard's Everton live on Sky Sports before hosting London rivals Spurs in their first home game.

Thomas Tuchel's side faces a reunion with Blues legend Lampard at Goodison Park on August 6, kick-off at 5.30pm, before Tottenham visits Stamford Bridge a week later.

Chelsea will host Liverpool in West London on September 17, Manchester United on October 22, and Arsenal on November 5.

Their final fixture before the month-long break for the World Cup is away at Newcastle, and they continue their campaign on Boxing Day against the newly-promoted Bournemouth.

Chelsea travels to Tottenham on February 25 and Arsenal on April 29, with the latter the start of a bumper last five games including Manchester City away on the penultimate weekend of the season and Newcastle at home on the final day.

Oleksandr Zinchenko: Arsenal working on a deal for Man City defender and are expected to make a bid
July 15, 2022